Until The Pieces Fit

In the late spring of 2012 the course that our family was taking was dramatically changed for ever.  Our suspicions were confirmed.  Our first born, our dear, sweet, wonderful boy was diagnosed as Autistic.  We had known for a while that he wasn’t like other little boys, but we were told repeatedly, “Don’t worry!  He will start… spe 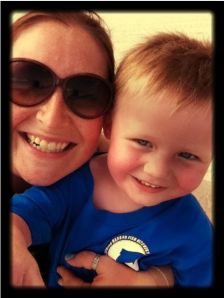 aking, interacting, playing with other kids, making eye contact, etc”.  Everyone had their own theory.  “Boys start taking later.”  “Maybe he is just shy.”

But, as Ben grew older, he didn’t catch up.  He continued to miss milestones.  We had already gotten Early Intervention services set up for him and he was receiving speech and special education in the house.  He was starting to talk and he was starting to interact a bit… But it wasn’t enough.  Call it mother’s intuition or the years of schooling for my degree in Social Work… we got Ben formally evaluated.

Our thoughts and fears were confirmed.  While he was missing some of the classic symptoms that are commonly associated with Autism, Ben was on “the spectrum”.

The diagnosis of Autism can be really scary to some folks.  But.. we were armed with knowledge.  We took it in stride.  We took our new information at full speed and started to learn about the options and the best practices for the treatment and management of Autism.  We surrounded ourselves with amazing professionals that care about Ben and our entire family.

Nowadays, we can’t get Ben to be quiet!!!  He is progressing through his milestones.  Ben still has a long way to go, but he is well on his way!  He is a testament to what can happen when there is a good team that lifts up a special child to fulfill his true potential!